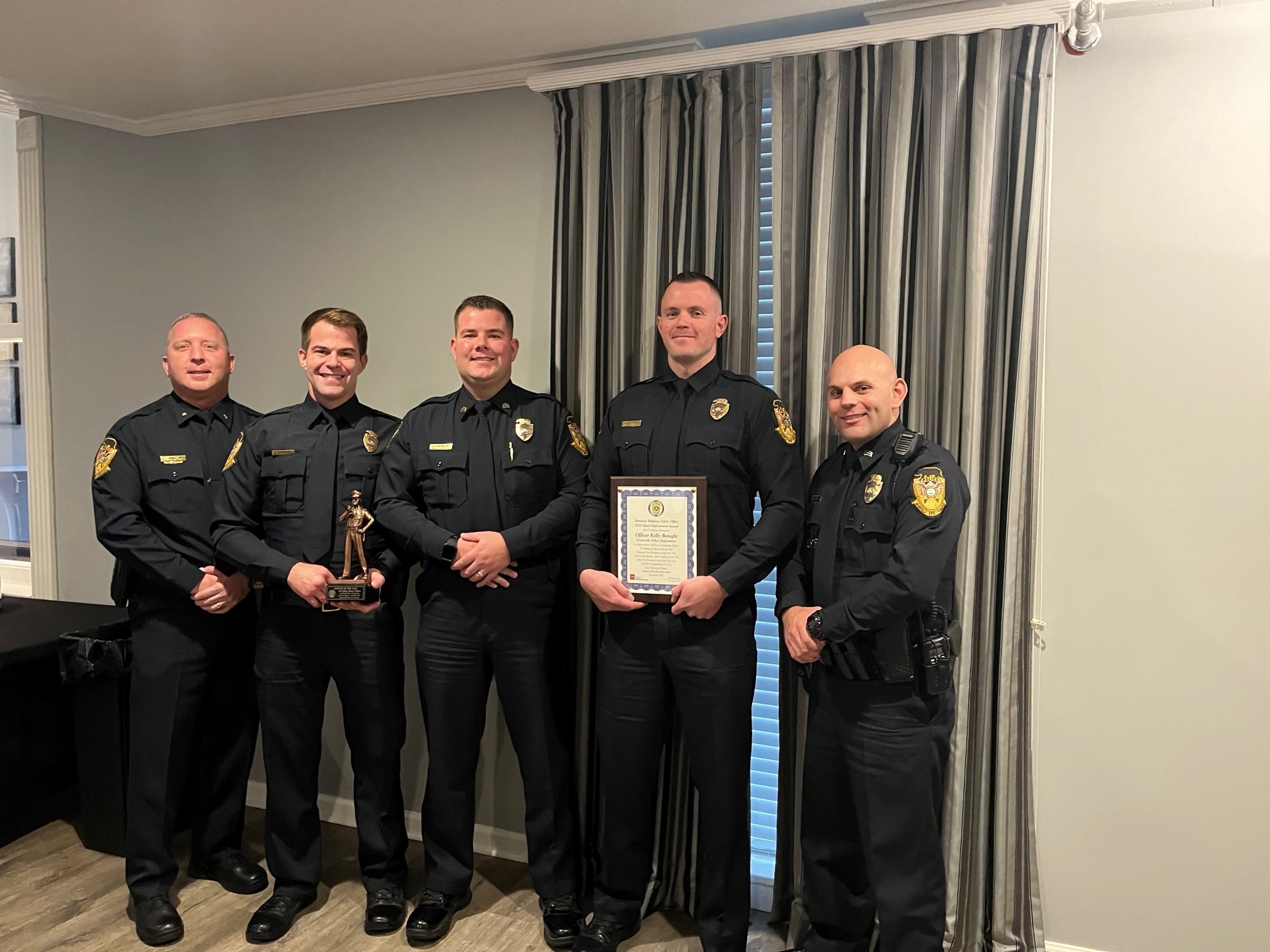 The Tennessee Highway Safety Office presented two Sevierville Police Department officers with awards for their outstanding efforts in 2022, at a meeting in Knoxville on Wednesday, December 14.

“I am so proud of these officers for the work they do each and every day,” said SPD Chief Joseph Manning. “We are very familiar here with their outstanding efforts and accomplishments, and to receive this recognition from their peers is well deserved.”

K9 Officer Chipley is assigned to the Special Operations Unit and focuses on traffic enforcement. From January-October 2022, Officer Chipley conducted over 1,000 traffic stops, several of which resulted in felony and drug related arrests.

“K9 Officer Chipley’s traffic enforcement efforts have stopped dangerous drugs and contraband from finding their way into our community, helping to make our city a safer place for our residents and visitors,” said SPD Special Operations Unit Lt. Brandan Perry.

Officer Kelly Benight is also assigned to the Special Operations Unit and excels at speed enforcement. From January-October 2022, Officer Benight conducted more than 1,100 traffic stops, mostly for speeding infractions. Officer Benight also made several significant arrests due to his speed enforcement efforts, that include arrests of wanted persons, DUI charges, and for narcotics.

“Due to the ceaseless efforts of Officer Benight, Sevierville roads are safer for all of our residents and visitors,” said SPD Special Operations Unit Sergeant Jacob Rademacher.