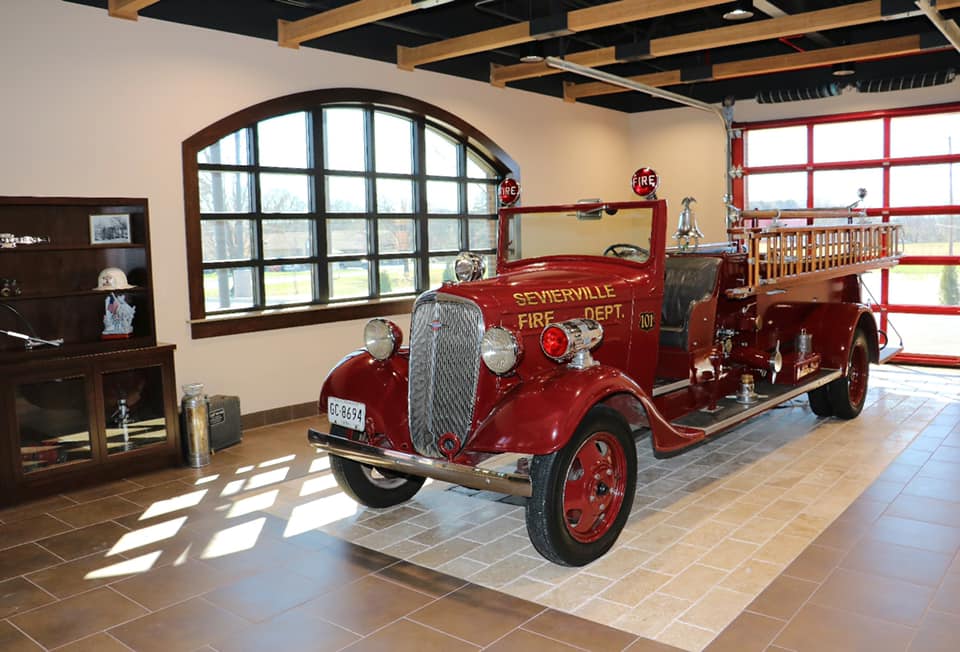 In the next few days, construction will commence on the City’s newest fire station. Sevierville Fire Station 3 (Downtown) is being built on the site of Sevierville’s very first fire station at 122 Prince Street.

The new station, which will be about 10,000 square feet and have three apparatus bays, will be replacing the former main station, which relocated to Dolly Parton Parkway in 2019. The estimated completion date is January/February 2022.

The $4.6 million station will primarily serve the downtown, West Main Street, Old Knoxville Highway and Gist Creek areas and portions of Highway 66. Six firefighters will be on-duty at all times at the station. Station 3 will house an engine, (Engine 13) a ladder truck (Tower 11), and a quick response EMS/Light rescue vehicle (Squad 13).

The first station at 122 Prince Street was built in 1961, but it wasn’t until 1995 that the City hired its first full-time firefighters. This fire station had four garage/truck bays, and included offices for City Hall and the Water Department. In later years, those offices moved out as the fire department grew. In 1986, the Sevier County Electric System moved to their current location and the fire department was expanded by joining the old SCES building warehouse. The department’s original fire engine, Engine 1, is now housed at the Headquarters Station museum on Dolly Parton Parkway and is scheduled for restoration work in the next year.